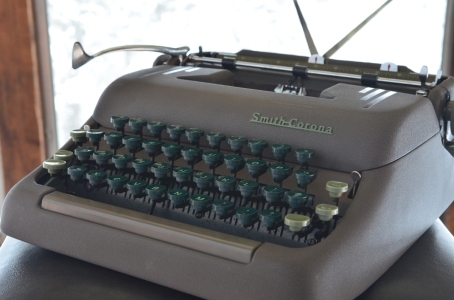 I’m going to try and get back on the social media treadmill today, but I have to say, I’m not all that excited about it and wonder whether it’s worth it or not.

For the month of January, I took a nearly complete break from Twitter, LinkedIn, and FB. Except for the random, enigmatic FB post, I was completely silent. No discussions, no tweets (well, a few tweets), and no blog posts. I didn’t even take the time to read any posts or articles from the dozen or so people I followed diligently during the past 12 months.

Why? Part of it was that there was an embargo on photos and posts related to the independent film for which I was working as a production assistant. It’s a top-secret Steve Balderson project that I’ll hopefully be able to talk about when the film is ready for distribution

At the same time, I was directing and shooting footage for a documentary about the group of cast members and crew that Steve brought to Kansas for the film. I’ll be spending the next few months logging, transcribing, and editing all the footage we shot into a documentary.

Bottom line: I didn’t have the time as I was totally immersed in the project.

What was the consequence of pulling back so drastically? Well, if you look at my blog stats, the month of January had as many views as last June when I was posting 2 or 3 articles a week and engaging in discussion and commenting like crazy.

The other thing that happened was that I had more time to focus on what I was doing. Posting articles and photos takes a chunk of time that, at times, is probably better spent on moving ideas forward. Sure, there’s a reason for sharing and growing your network, but not at the expense of your work, your family, your health, or your playtime.

So the first thing I did this morning is type a letter to a friend and colleague. Yes, type, as in typewriter. Due to the generosity of said friend, I have a new tool in my resource kit: A Smith-Corona, manual, silent operation, typewriter. It’s pictured above.

What a trip it was to roll in a sheet of paper, adjust it, pull the return arm and line up my margins. It all came back to me instantly, despite not having typed a letter on a manual typewriter since I don’t know when. Of course, there are some minor differences in the keyboard (no separate number one: it’s a lower case l) and I had to search for a bottle of correcting fluid. But it was great fun and forced me to focus on what I wanted to say in a way that is different than when typing on a computer. It required me to be more deliberate and focus on what I was doing more fully. I’m going to try and cultivate that ability.

I’m really looking forward to the coming year. I’ll be continuing to write articles, engage in conversations on the Internets, and trying to grow my influence. But I’m also going to allow myself to get so engrossed in my projects that I don’t have time to tweet or write about it until later. I want to live a life organized around things that are important to me; things with a sense of purpose not obligation.