By Natasha Golinsky, Next Level Nonprofits 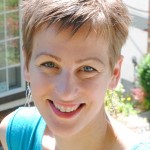 We’ve all been in a situation where someone on your team has done something completely out of line and we need to confront him or her about it. Before the expected confrontation, we think of a million different ways that we can express our level of anger while our blood boils as we replay the situation over and over in our minds. The only thing we want to do is “attack!” regardless of how juvenile that approach may seem in calmer moments.

After looking like a fool many times because I made incorrect assumptions about someone’s actions or intentions, I have learned (the hard way) to give people the benefit of the doubt.

Next time you want to call someone on your team out for making a big mistake, you first have to calm down enough to remember that you probably don’t have all the facts. Take a step back and take a breath. Invite the person into your office (after you’ve had a chance to calm down) for coffee and say “I’d really like to hear your side of this story”. Don’t judge and don’t look for evidence to criticize. Listen. Sincerely. Things only get worse when people feel attacked so be gentle and show graciousness and respect to your teammate by letting him or her talk.

Once you’ve heard their version of the incident or problem, draw them out further with more probing:

Be calm, be open, and let them talk. Take your time to find out what really happened. It’s probably not as clear-cut as you initially thought. When you do get a more complete picture, get the issue resolved right there. Don’t let it drag on…it will hurt you, them and the rest of your team if you let the angry energy stick around.

After the meeting, keep an eye out for signs that things have changed for the better and reward it appropriately. Be kind: the response you’ve requested may be uncomfortable and your teammate may be feeling insecure or self-conscious about making another mistake.

What do you do if it happens again?

If however, there is no change, and you run into the same problem again, or the situation gets worse, it could be a signal that it’s time to take more drastic steps. Depending on the situation, you may have to consider reassignment, a leave of absence, even termination.

The one thing you need to do is handle it immediately. Never let a negative situation fester or go unacknowledged: your team is counting on you to create a productive and safe environment for them. You can’t afford to wait.

Learn more about Natasha and Next Level Nonprofits here.