Note: I liked this article so much when I first read it, I asked Nell for permission to re-post it on my blog. It originally appeared on the About.com Nonprofit blog and is posted here with Nell’s permission. 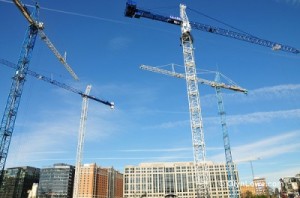 In a previous article on About.com, I discussed the idea of capacity capital, an incredibly exciting new funding vehicle for nonprofit organizations. Capacity capital is the money that nonprofits so desperately need to build strong, effective, sustainable organizations that can create more social change. It is a one-time investment of money to add new technology, an evaluation system, a new revenue function–ultimately money to grow or strengthen the organization. And it is infinitely more effective at achieving social impact than a traditional bricks and mortar capital campaign.

There are many perceived benefits to a bricks and mortar capital campaign. They can be a vehicle for asking for bigger gifts, a way to get in front of the community and be “noticed,” and a method for energizing the board and giving them something to do.

But there are often huge downsides to these campaigns. Often the cherished new building has much higher ongoing maintenance costs that were not factored into the campaign. A capital campaign can also cannibalize regular annual donors. And most detrimental, a new building often does not increase the nonprofit’s ability to create more social change. Does an in-school mentoring program really need a big, new headquarters? Do the costs for a nicer, larger office space directly result in more children being mentored or mentored more effectively?

What if instead of raising millions of dollars for a new building, a nonprofit raised that much money, through a capacity capital campaign, for the things they really need to create more social change:

If those organization-building elements were in place, a nonprofit could start:

Before your organization decides to embark on a traditional capital campaign, take a big step back and ask your staff and board some hard questions:

Learn more about financing, not fundraising and the new normal that is transforming older fundraising methods into new ones more suitable to a fast moving, digital, and results-oriented 21st century.